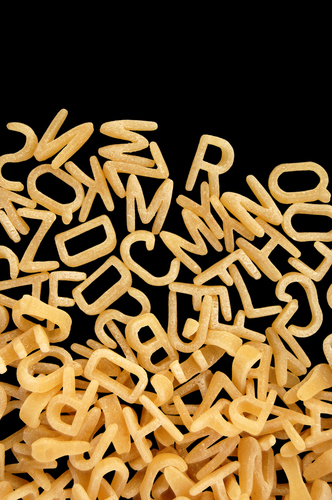 Pronunciation of the Kiswahili words for mosquito (mbu) and penis (mboo) are precariously close. Unfortunately, I only became aware of this a month after I started researching mosquitoes in Tanzania.

The project I was working on required me to use a blended nylon material found in men’s boxers so once a week I would go down to the market and buy men’s Tommy Hilfigers (they had the perfect blend). When explaining to the marketplace vendors why I wanted men’s underwear, not women’s, I’d say in Kiswahili, “I study penises. I need underpants for an experiment with the penis” of course, I thought I was using the word mbu (mosquito), but I was of course saying mboo (penis).

This innocuous miscommunication can be used as an analogy for a serious problem: a disconnect between what scientists think they are communicating and what the public is actually hearing.

In December, Alan Alda spoke to the Rockefeller community about this communication gap, a problem I knew existed but never fully appreciated.  He first asked us: “what level of knowledge is the public really starting at?” For instance, if you told a person on the street that you study the effect of epigenetic modifications on the differential expression of genes – what would they understand? Gene? Yeah, probably. Expression of genes? Unlikely. Epigenetic? No way. Alda showed a video where people were asked to describe what DNA is. Although most recognized the term they couldn’t describe it. The best answer was, “It’s the building blocks of something.”

What causes the gap?
Until recently I firmly believed that this problem lay with the public and could be fixed by changing our education system. They lacked “scientific literacy.”

My feelings were supported by a Pew research survey of American adults:

However, better education doesn’t fully address the problem: even if we perfectly teach all of modern science in high school, in 20 years, a students’ knowledge becomes outdated. Once this occurs, it becomes difficult to understand cutting-edge research. If you do not understand it, you probably will not find it interesting. The information then floats away and the cycle repeats.

I am now convinced scientists are causing the gap by the way we communicate. During college, graduate school and beyond, there is a precipitous increase in our scientific knowledge and eventually we lose sight of what “common knowledge” is. Our perspective is further skewed by the dramatic decrease in the number of ‘normal people’ we know. Everyone knows about optogenetics, right?

As Alda described, “scientists suffer from the curse of knowledge: we assume ‘the public’ knows more than they do so we communicate in our own language, not theirs.” Scientists have a tendency to fall back on jargon, which alienates the public and excludes them from the conversation. Journalists try to translate our jibberish but then we skewer them for “getting it wrong.”

Our attitude and ignorance squashes scientific curiosity and builds the barrier between scientists and the public. Relying on better education is a very passive attitude that leaves us blameless for the communication gap. It is time for scientists to take an active role.

Recognizing this problem is the first step to minimizing it. The second step is changing. The onus is on us to think about what the layperson does/does not know and then change our manner of speaking so we are intelligible (and therefore interesting). We should apply the same mentality to our elevator pitches as we apply to writing, rewriting, editing, and polishing an abstract. But we are all busy people, and it makes sense why so few people do this- promotions and interviews depend on how well you communicate your research to your peers, not the public. While funding agencies are starting to incentivize outreach, it is a personal passion to accelerate this movement.

In our column, Michael Wheelock, Leslie Church, and I will detail campus lectures but remove the jargon. Below is a sneak-peak into up-coming posts from recent talks:

We hope provide the public with a ladder into our ivory tower on the upper east side.

Author: Contributor
Filed Under: Op Eds, All Posts
On the Doctor-Patient Disconnect
Snowflakes are pretty

6 thoughts on “Jargon Rehab: A Call for Clearer Communication”